16 Tonnes - yes that's right. When configured correctly, for gooseneck towing, of course, there's no mucking around when the F450 Dually 4X4 is equipped with a 6.7 Litre Powerstroke Turbo Diesel V8.

For all those future F-Series Super Duty owners out there, thanks to America's Daily Drive, we've put together a quick list of five things you can tow with your new heavy-duty truck that you may not have realized you could handle. You may never find yourself in a position where you need to haul any of these things...but if it comes up, you'll be more than prepared. 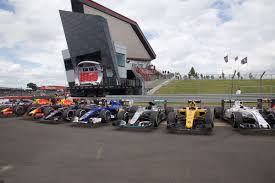 Each F1 car must weight at least 700kg, including the driver and his or her safety gear. Which means the new Super Duty could tow almost the entire 2018 starting grid. Drained of fuel, fluids, and weaponry, the Super Hornet weighs in at over 14.5 tonnes. And it's not likely you're going to tow it full of missiles. Assuming an average weight of roughly 95kg each and a 25-man roster per team, the F-450 could haul the Broncos, Cowboys and Titans all on the same trailer—and still have enough capacity left over for one of the players' Mustangs!

A family of Tyrannosaurus Rex 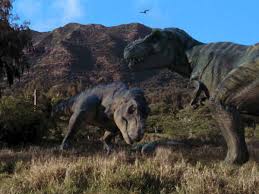 T.rex's weight is a matter of some debate, but most paleontologists peg the King of the Dinosaurs at around eight tonnes on the upper end. One daddy rex, one Mumma rex, and one baby ought to be just fine.

Working on the Kerb Weight of a 2018 F250 Super Duty at 3,458kg, its big brother the F450 could comfortably haul three to four of its brethren around.